During the 2013 winter season, New York City Ballet will launch a new initiative called the New York City Ballet Art Series. The series will feature annual collaborations with contemporary visual artists who will create original works inspired by NYCB that will be exhibited at the Company’s home at the David H. Koch Theater at Lincoln Center.

For the inaugural series, FAILE has created an exhibition titled Les Ballets de Faile, which will feature a 40-foot tower installed on the Promenade of the David H. Koch Theater for the duration of NYCB’s 2013 winter season, January 15 through February 24. The tower has been created in FAILE’s signature style, using iconography inspired by several months of research at New York City Ballet and its archives, along with FAILE’s signature library of images. The exhibition will also feature a new suite of FAILE paintings displayed in the theater’s lobbies.

About FAILE
FAILE is a Brooklyn-based artistic collaboration between Patrick McNeil and Patrick Miller. Since its inception in 1999, FAILE has become recognized as one of the leading artists in the contemporary Urban Art movement and distinguished themselves in the contemporary art world.

Their work explores duality through a fragmented style of appropriation and collage. Working in a range of media from canvas, prints and stencils to multimedia installation and sculptures, FAILE’s work is constructed from resampled visual imagery and blurs the line between “high” and “low” culture. The duo has been exhibited in various galleries, museums and non-traditional venues throughout the world, including shows at Gagosian Gallery (Los Angeles), The Tate Modern (London), and a public installation in Portugal, called “Temple,” in which Faile fabricated a full-scale church in ruins in Lisbon’s Praça dos Restauradores Square. Most recently, FAILE unveiled a new monumental work called “Wolf Within,” a 16-foot-high fiberglass, steel and concrete sculpture that was created for the 1650-acre National Garden Park in Ulaanbaatar, Mongolia.

The project marked the first US-Mongolian collaboration of this nature. For more information and to see other works by the artists, visit www.faile.net. 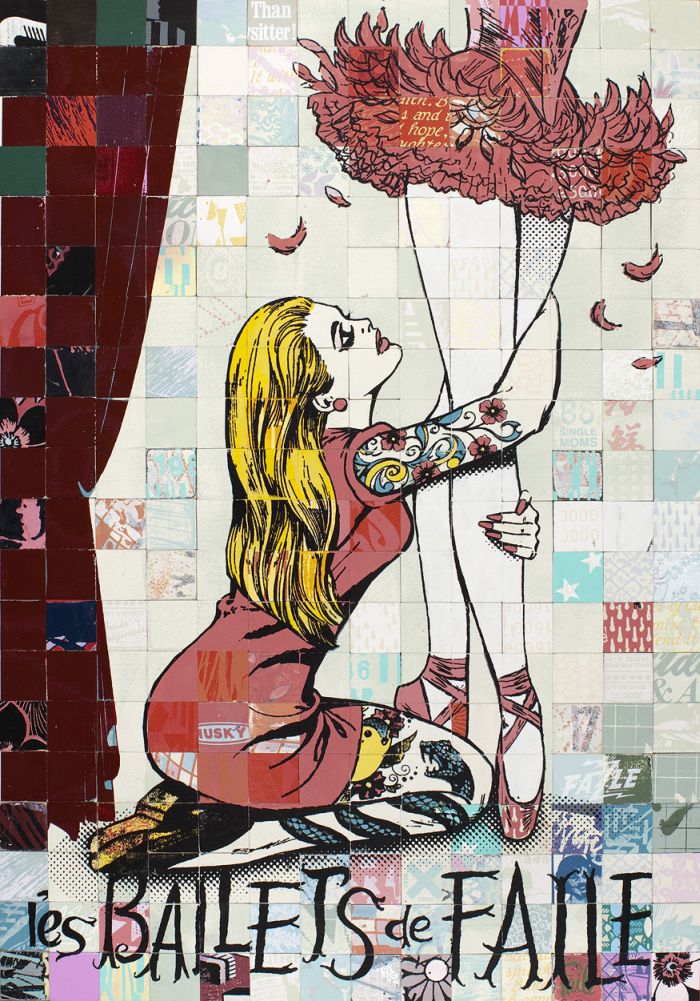