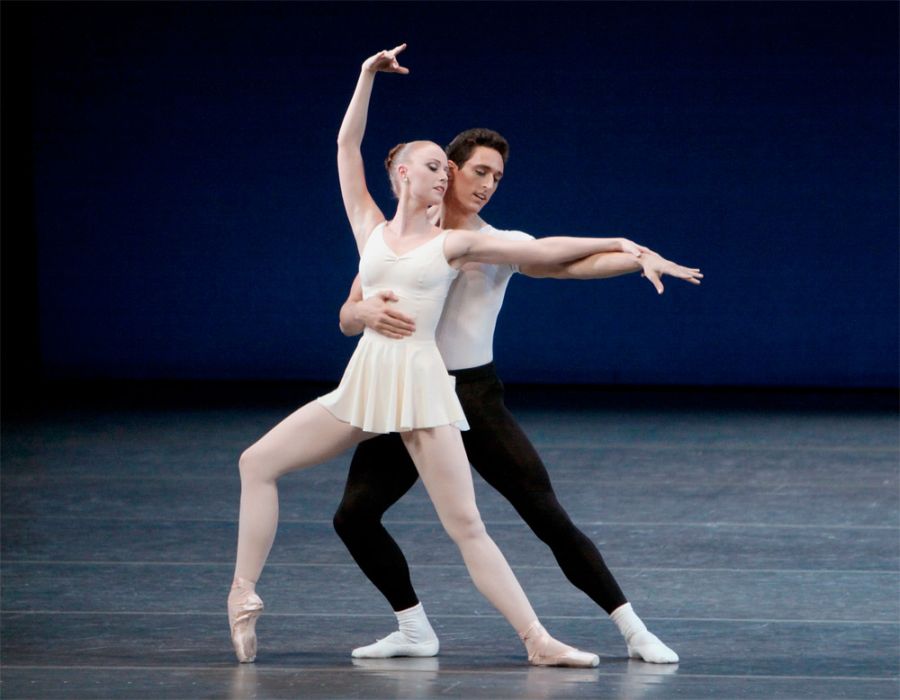 Concerto Barocco is a ballet made on students at the School of American Ballet by George Balanchine, subsequently balletmaster and co-founder of New York City Ballet, to Johann Sebastian Bach's Concerto in D minor for Two Violins, BWV 1043. An open dress rehearsal was held on May 29 1941, in the Little Theatre of Hunter College, New York.

The official premiere took place June 27 1941, at Teatro Municipal in Rio de Janeiro as part of American Ballet Caravan's South American tour, and Concerto Barocco subsequently entered the repertory of the Ballet Russe de Monte Carlo. The City Ballet premiere was October 11 1948, as one of three ballets on the program of its first performance at New York City Center.

Three years later Balanchine replaced the original costumes with leotards and tights, in what has come to be regarded as signature costume for his contemporary works. He said that in the first movement of Concerto Barocco the two ballerinas personify the violins and that, "If the dance designer sees in the development of classical dancing a counterpart in the development of music and has studied them both, he will derive continual inspiration from great scores." From Wikipedia, the free encyclopedia