Albert "Al" Hirshfeld (June 21, 1903 - January 20, 2003) was an American caricaturist best known for his simple black and white satirical portraits of celebrities and Broadway stars. Hirschfeld's art style is unique, and he is considered to be one of the most important figures in contemporary caricature, having influenced countless cartoonists. Hirschfeld's caricatures are almost always drawings of pure line with simple black ink on white paper with little to no shading or crosshatching. His drawings always manage to capture a likeness using the minimum number of lines.

Martha Graham (May 11, 1894 - April 1, 1991) was an American dancer choreographer regarded as one of the foremost pioneers of modern dance, whose influence on dance can be compared to the influence Stravinsky had on music, Picasso had on the visual arts, or Frank Lloyd Wright had on architecture. Graham was a galvanizing performer, a choreographer of astounding productivity and originality. She invented a new language of movement, and used it to reveal the passion, the rage and the ecstasy common to human experience. She danced and choreographed for over seventy years, and during that time was the first dancer ever to perform at The White House, the first dancer ever to travel abroad as a cultural ambassador, and the first dancer ever to receive the highest civilian award of the USA: the Medal of Freedom. 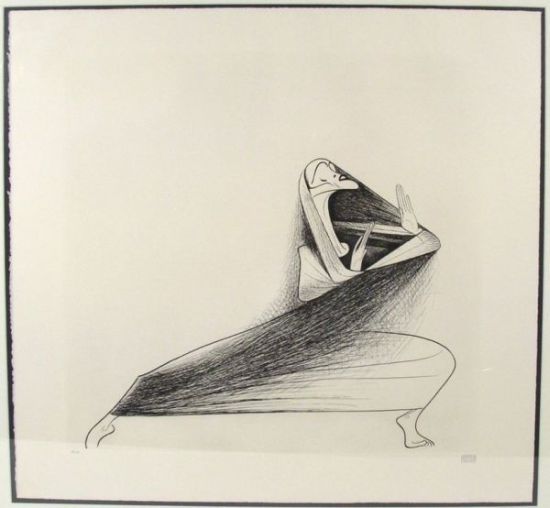