Invitation To The Ballet: Ninette de Valois and the Story of The Royal Ballet 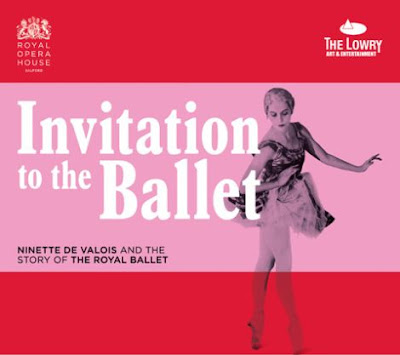 
Exhibition on the Story of The Royal Ballet Announced. A major new exhibition collaboration between the Royal Opera House and The Lowry, Salford 22 October 2010 – 6 March 2011.

With the recent revelations of Dame Margot Fonteyn’s part in the attempted Panamanian coup of 1959, it is clear there are many untold stories in the distinguished life of The Royal Ballet. This fascinating story starts in County Wicklow, Ireland and continues each day The Royal Ballet take to the stage.

This unique exhibition, a Royal Opera House collaboration with The Lowry, Salford, and part of the Royal Opera House's ongoing work in the region, will also illustrate LS Lowry’s involvement with ballet in Britain and how his appreciation of art, music and dance affected his work. A highlight of The Lowry’s tenth anniversary year, this exhibition will include some unseen Lowry drawings which are thought to have been influenced by his love of ballet.

The exhibition tells the remarkable story of how De Valois, a young Irish dancer born Edris Stannus, started her career impersonating Anna Pavlova in English seaside pier theatres and went on to found an English ballet school and company, The Royal Ballet, which was to become one of the world’s leading companies.

Highlights of the exhibition include a selection of material from De Valois’ own ballets including Checkmate, The Rake’s Progress, Job and Don Quixote, and a recreation of Margot Fonteyn’s dressing room as it was at the Royal Opera House with her make-up cases, mascot, shoe darning kit, practice clothes, spare shoe ribbons and the Odette tutu from the 1952 production of Swan Lake. A large number of never seen before photographs of The Royal Ballet taken over its 80 year history and including many rehearsal and backstage images are also featured. 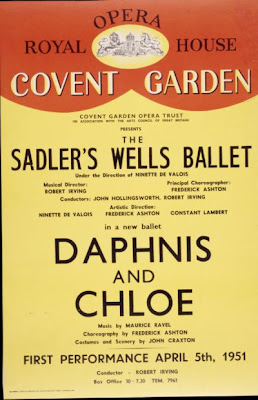 A variety of set and costume designs will be exhibited by designers and artists including Pablo Picasso, Edward Burra, William Chappell, Rex Whistler, Oliver Messel and Yolanda Sonnabend alongside numerous letters, press cuttings, music manuscripts dance notation scores, posters and other memorabilia. A series of specially commissioned films can also be viewed and there will be interactive exhibits for younger visitors. Education events will accompany the exhibition.

The life and career of Ninette de Valois ran parallel with that of LS Lowry who saw The Royal Ballet perform on many occasions in Manchester. It is during the Second World War that Lowry is believed to have first seen Coppélia and other productions that were to influence some aspects of his later art, notably his ‘mannequin’ works and his portraits of ‘Ann’ (thought by some to be a persona based on the doll character Swanhilda from the ballet Coppélia). A series of LS Lowry ‘mannequin’ drawings on loan from The Lowry Estate will be shown for the first time.

To coincide with the opening of the exhibition, and as part of the Royal Opera House's mini residency at The Lowry, dancers from The Royal Ballet will pay a special visit to The Lowry with an hour long programme of highlights from the Company’s eight decades of history. Devised by Dame Monica Mason, Director of The Royal Ballet, The Royal Ballet – Step by Step will include extracts from works by choreographers including Ninette de Valois, Frederick Ashton, Kenneth MacMillan and Wayne McGregor. This unique performance takes place on Thursday 21 October 2010.

Michael Simpson, The Lowry’s Head of Visual Arts & Engagement comments “The Lowry has spent ten years delighting, engaging and challenging both local and national audiences with the very best in visual art, performance and community and education activities. Our birthday year presented us with the ideal opportunity to stage a major project which celebrated both the performing and visual arts so we were delighted when Royal Opera House agreed to collaborate on this exciting exhibition.” 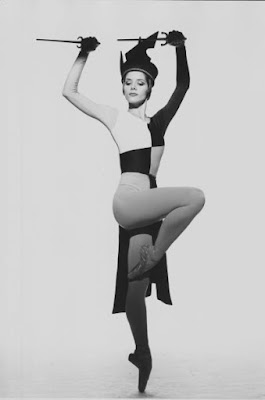 Checkmate 1993- Darcey Bussell as The Black Queen © Uli Weber - Photos courtesy of Royal Opera House.
Dame Monica Mason, Director of The Royal Ballet, Royal Opera House, commented “I am thrilled that we are able to collaborate with The Lowry on such a large scale exhibition, one that not only explores the remarkable achievements and legacy of Ninette de Valois but also illustrates the work of The Royal Ballet through the eight decades of its existence. This partnership with The Lowry enables us to bring the Company and its history to Salford and Manchester where we have so many connections.”

In addition to the exhibition, the Royal Opera House will present Pleasure’s Progress, the latest ROH2 commission by director and choreographer Will Tuckett on 22 and 23 October 2010 in The Studio at The Lowry. A fusion of opera, dance and music, it explores the vistas and vision of the English painter, printmaker and satirist William Hogarth (1696 - 1764). The result is a riot of stories and characters with plenty of ribald fun, bawdy language, and even some pointed observations on the human tragedies that lie beneath. With a witty and naughty libretto by Alasdair Middleton, original music by composer Paul Englishby (composer of the award-winning film An Education) and contemporary designs by Jon Bausor this new production has all of Tuckett’s characteristic flair for the unusual and inventive with a collision of styles and influences from classical singing to not-so-classical dance. Expect wit and wonder, fun and frolics and an irreverent take on the darker side of society.

Invitation To The Ballet:
Ninette de Valois and the Story of The Royal Ballet in Danza Ballet - courtesy of Royal Opera House.

The exhibition will be opened by Dame Monica Mason DBE, Director of The Royal Ballet and Julia Fawcett OBE, The Lowry’s Chief Executive at a private view on 21 October at The Lowry Galleries, Salford and will run until 6 March 2011. A section of the exhibition focussing on Ninette de Valois can then be seen at the Royal Opera House from 1 April to 1 August 2011. Further sections of the exhibition focussing on Frederick Ashton can also be seen from June to October 2011 in Ipswich in the Town Hall Galleries, the Jerwood DanceHouse and Christchurch Mansions.

The exhibition is drawn almost exclusively from the extensive Collections of the Royal Opera House with additional key items being loaned by private collectors and public institutions. The Lowry Estate is supporting the exhibition with new loans and material relating to Lowry’s interest in ballet.

A full Introduction and Brief Gallery by Gallery Guide by ROH Curator, Cristina Franchi are available on request.

The Lowry Centre Trust is a not-for-profit charitable organisation and registered charity (no. 1053962). All income supports its world-class Theatres and Galleries programme, the care and display of the LS Lowry Collection and its life-changing Community and Education work. The Lowry’s Chief Executive, Julia Fawcett was awarded an OBE for services to the Arts in the Queen’s 2010 New Year Honours list.

Gallery Opening Times:
Galleries open everyday 11am – 5pm (10am – 5pm on Saturdays)
Admission to the Galleries is FREE. On arrival, visitors need an admission ticket from the Galleries Desk.

21 October
The Royal Opera House
Step by Step
Time: 7.30pm
Tickets £25. NB As tickets are limited for this event, they will be allocated on a ballot basis. Please apply by emailing roh@thelowry.com by 31 July

Quays Theatre
To complement the opening of this major exhibition, dancers of The Royal Ballet will be making a special visit to The Lowry with a unique hour-long programme of highlights from the Company’s repertory spanning the eight decades of its history. Devised by Monica Mason, Director of The Royal Ballet, the evening will include extracts from works by choreographers including De Valois, Ashton, MacMillan and McGregor.

Quays Theatre
Will Tuckett’s latest commission for ROH2 at the Royal Opera House combines dance, voice and music and takes its cue from William Hogarth’s satirical and cynical portrayals in such famous tales-in-art as his Rake’s Progress, Marriage à-la-mode, A Harlot’s Progress, Beer Street and Gin Lane.