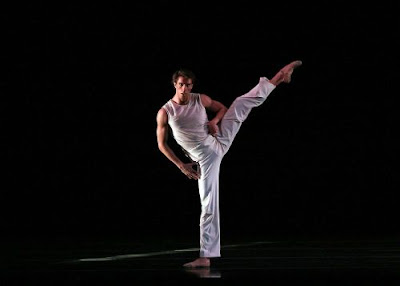 The night started with Balanchine’s marvellously danced gem Ballo della Regina to Guiseppe Verdi’s music for the opera Don Carlos. Balanchine’s choreography has always been music made visible and his creations, as in this case, have as many steps as notes in the score. The corps de ballet and principal couple, Misa Kuranaga and Jeffrey Cirio , did the work proud, sparkling throughout. Not once did they fudge Balanchine’s complicated rhythms and were able to transmit Balanchine’s famous style and sophistication. The corps de ballet showed not only the brilliance of its younger members but also the strength and experience of its more mature artists. Given that the 45 members of the corps hail from different countries, the homogeneity among the troupe was surprising, while their diversity is one of the attractions of this richly talented company with an international reputation. 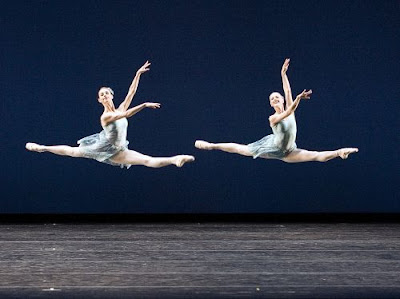 Ballo della Regina - Photograh by Sabi Varga, Courtesy of Boston Ballet.
The principal dancers were revitalizing, plastic and precise. These dancers are up to the most demanding classicism of the traditional repertoire and to the freedom of Kylian, Forsythe and Cranko. Indeed, these renowned choreographers are included in the repertoire of the Boston, one of the USA’s leading companies.

The remaining works chosen in the second part of the programme were intimate and eclectic. Far removed from classical dance, the pieces chosen were refreshingly novel, with contemporary, abstract pas de deux.

Rhyme, choreographed to Chopin by the Ukrainian Viktor Plotnikov, was danced by Erica Cornejo and Yuri Yanowsky. This minimalist pas de deux is an intertwining of light and shade poetically sculpted for two bodies.

Ein von viel by Sabrina Matthews was the most classical and stylish work of the second part of the evening. This piece is an energetic duo for two white-clad male dancers, James Whiteside and the dazzling John Lam , set to J.S. Bach’s Goldberg Variations. Both dancers impressed with their athleticism and grace.

Tsukiyo is a mysterious work by William Forsythe’s disciple, Helen Pickett, to Arvo Part’s sonata Spiegel im Spiegel, specifically the pieces Lamente and Fragile. The work tells the story of a twenty-first century sylph, interpreted by Lia Cirio, a dancer with tremendous stage presence. Blessed with a beautiful and arresting face, this deeply expressive dancer also has superbly flexible feet and legs and shone throughout the work, whether alone on stage or as part of the ensemble. Her facial expressions, hands and even her way of ascending the small steps in the centre of the stage – the only piece of scenery – marked her out as an outstanding performer. Cirio was superbly partnered by Sabi Varga, allowing the ballerina to be seen at her best. Both artists managed to make the most of a ballet about timid, almost adolescent seduction – hardly an original theme – based on the Japanese short story The woodcutter’s daughter.

The final ballet of the night, Brake the Eyes, would have pleased Kylian lovers. The Finnish-born choreographer, Jorma Elo, Boston Ballet’s resident choreographer from 2005-2014, has composed a classically-based work with a new twist, intercalating traditional steps with rigid, break-dance movements but without sacrificing grace and fluidity. The work is set to Mozart with an electronic vocal backing evoking the dull thunder of a motor, and with the dancers dressed in delightful gold tutus reminiscent of Degas’ “The Little Dancer”. The choreography flows to Mozart and deconstructs to the electronic strains. The nine artists chosen to accompany the principal ballerina, the well-known and world-class rhythmic gymnast and current member of Boston Ballet II, Rachel Cossar, could not have been better – technically secure and musically attuned.

All in all, Boston Ballet delighted audiences in Barcelona with their versatility and quality and left no doubt about why the company is held in such high regard. 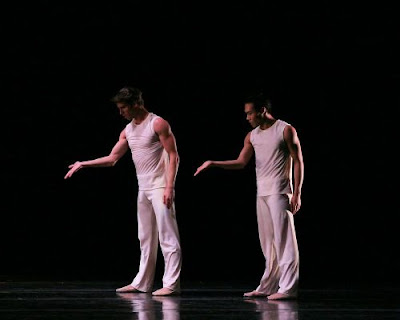