This dance work for seven dancers from Sasha Waltz & Guests is danced to the music of Franz Schubert with a stage set by Thomas Schenk and Waltz herself.

Described as the choreographer’s most lyrical and classical creation, Imprompus contains her purest choreographic style, giving rise to an original and eccentric piece, although perhaps less extreme than other innovative works by this dance maker.

There is a great deal of action on stage. The performers run forward and back in circles for several minutes, jump, and execute acrobatic, athletic movements, especially in the duets, in which the movements of the feet and hands and the energy quality are reminiscent of the best Japanese aikido style.

The music by the Austrian composer, born in Vienna 1797, is a true artistic jewel, making the show’s hour and twenty minutes bearable. Thanks to Schubert, we can enjoy the innovation, lack of vulgarity and originality of Waltz’s choreography.

Shubert’s lieder (songs) were rendered by the soprano Ruth Sandhoff, accompanied by Cristina Marton on the piano. The exquisite musical choice is essential to the success of the piece, lending it a secret, provocative and, to a large extent, indecipherable quality.

The set’s overlapping geometric shapes divide the slightly raked stage in two. A caramel-coloured parallelogram hangs above the floor, suggesting eccentricity and distinction. Water, an element that transmits feelings and emotions, is present in a small swimming pool where two nude female dancers bathe with their backs to the audience. They are spontaneously joined by a third. At the end of the aquatic pas de trios the dancers wrap themselves up in large towels, their backs still to the audience, and simply walk off.

This piece by the intellectually cutting-edge Sasha Waltz & Guests is the most penetrating and least visceral of her creations. Impromptus disconcerts a public used to a heavier, more ground-breaking Waltz but, as always, the essentially underground nature of her style is there to be seen, in which the type of plasticity seems to belong more to an experimental laboratory of dance theatre than to dance theatre per se.

With Waltz, one has to listen to the sounds and noises, since this is a choreographer who is highly skilled at activating the need to go beyond simply watching the physical shapes unfolding on stage. Listening to what happens during the work is essential to understand, imagine or try to comprehend what its interpreters are communicating.

At this stage, grouping Sasha Waltz in the same bracket the creator of Tanztheater Wuppertal is as risky and fatuous as comparing Pierre Boulez with Debussy. 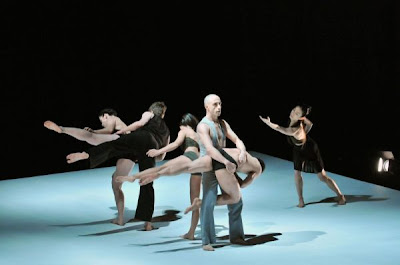 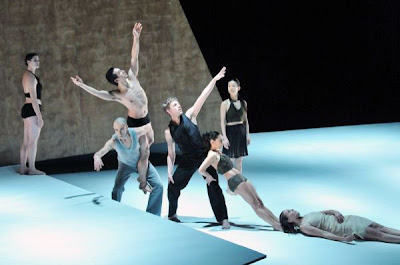