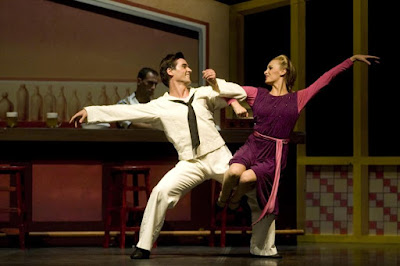 Corella Ballet Castilla y León inspires tremendous admiration and is enormously well received in Barcelona by a public who gives itself body and soul to Ángel Corella and his vigorous, itinerant troupe.

Tenacity is the word that best describes this brilliant dancer who has momentarily dropped everything – or almost everything – to consolidate his young touring company.
Ángel Corella’s first choreographic effort is set to Tchaikovsky’s string quartet “Souvenir of Florence” op. 70 composed in 1892. Unfortunately Corella’s choreography does not live up to the quality of the music since the plethora of steps are performed at a vertiginous – and sometimes excessively accelerated – speed by performers given little opportunity to show their individuality or shine.

The cocktail of steps was performed admirably the corps de ballet. The main couples – whether principal dancers or soloists – dancing the various pas de deux unfortunately got lost in the piece as a whole. The softer and more refined moments were fleeting, rapidly giving way again to the vertiginous action. Spring Sextet, which was created in a week, was inspired by Corella’s strong musical sensitivity. This wonderful dancer surely knows that choreographing a ballet is a hard, complex task, requiring erudition and artistic maturity, qualities valued by Corella and which he will undoubtedly show in his future choreographic efforts.

VII is an erudite and ambitious ballet by the English choreographer, Christopher Wheeldon who, together with Alexei Ratmansky, is considered the most important creative force in ballet today. With music by Benjamin Britten (Variations on a Theme of Frank Bridge) and staged by Corella himself, the ballet takes as its theme Henry VIII’s (danced by Iain Mackay) rejection of his first wife, Catherine of Aragon, interpreted by Carmen Corella. The role of Anne Boleyn was interpreted by the highly promising soloist, Ashley Ellis, who is just one step away from becoming a great ballerina. The dancers and corps de ballet could not have performed better, managing to successfully combine the main theme and subtheme of conflict, and showing strong powers of interpretation in a ballet characterized by moments of dynamic analysis. Carmen Corella was outstanding and highly expressive as the youngest daughter of the Catholic Kings. She has previously danced this work in ABT together with her brother and the Italian star Alessandra Ferri, who undoubtedly served as an inspiration both as dancer and actress. VIII is an adult and original ballet with highly creative, plastic choreography. The costumes fitted the work perfectly, contributing to the highly satisfying effect.

The high point of the evening was Fancy Free, choreographed by the American demigod Jerome Robbins, provoking the strongest applause. With music by Leonard Bernstein, Fancy Free was expanded into a musical called On the Town, which ran for several seasons on Broadway and was made into a film. Fancy Free was premiered by Ballet Theater (now American Ballet Theater) in 1944 and gave Robbins his first major success at the tender age of 24. The ballet continues to be one of his most acclaimed and is a jewel among his oevre. The dancers – Corella, Gatti and Mackay – gave the audience at the Coliseum what they had been waiting for: pure virtuosity, likable interpretations and sense of humour. The female dancers – Almeida, Ellis and Jones – were delightful in their roles. 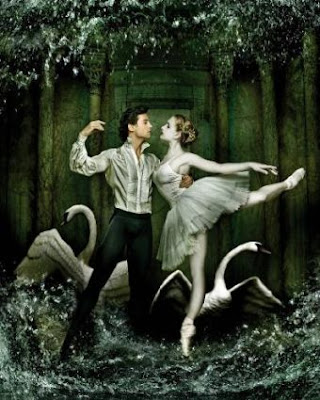 The most purely classical piece of the evening, the Sattanela Pas de Deux, belongs to the ballet Carnival in Venice with music by the Italian composer Cesare Pugni and choreography by Marius Petipa. Together, Adiarys Almeida, with her powerful technique, and Ángel Corella, secure and expansive, thrilled the audience with their bravura style.

A notable absence was that of the ABT star, Hernan Cornejo, who had been scheduled to appear among the artists.

Corella is scheduled to make only a couple of appearances with American Ballet Theater next season, contrasting with the time when he was rarely off the stage. According to ABT’s website, the two confirmed performances are his extraordinary Don Quixote, with Paloma Herrera, and Romeo and Juliet with Diana Vishneva. These performances will allow the New York public to see their beloved artist on ABT’s stage. He will then appear with his company in its debut in the New York City Center in March.

Although his absence from the stage is to be lamented, Corella will take up a new challenge in Spain, premiering his production of the most adored and idolized of ballets: Swan Lake with music by Pyotr Ilyich Tchaikovsky and choreography by Marius Petipa and Lev Ivanov. This version will be completely revised by Corella himself.

Apart from his extraordinary talents as a dancer, Corella must be thanked for bringing works to Spain that until now seemed unthinkable and for having the tenacity and drive to mount a classical ballet company in a country where ballet is practically a fictitious art. © 2005 - 2010 Danza Ballet.